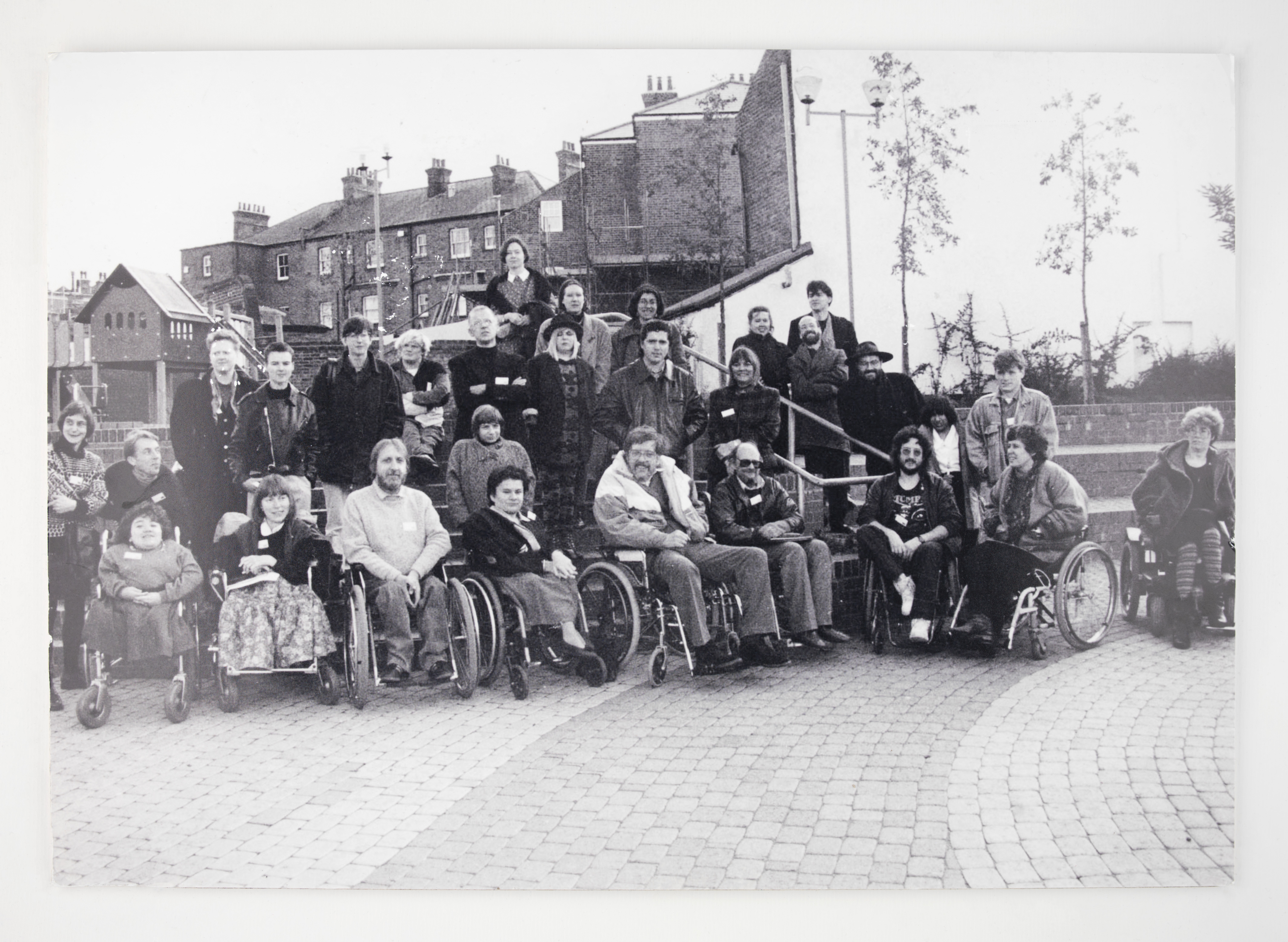 “Knowledge of the world in only to be acquired in the world, and not in a closet” (Lord Chesterfield 1694-1773)

“A stair not worn hollow by footsteps is, regarded from its own point of view, only a boring something made of wood”  (Franz Kafka)

The NDACA catalogue has moved to a new phase. Having begun with the initial information provided by partner artists and organisations, each record has been enhanced by further research and internally fact checked. The next step is to reach out to those donors again, to ask them if their work is accurately listed and whether they can provide more detail and depth for the catalogue.

NDACA aspires to be the “knowledge central” resource for those looking for a place where they can learn about the heritage story of the Disability Arts Movement. For this to happen the catalogue has to describe each item and provide as much detail and context as possible, something that will be further developed by other tools that will be on the NDACA web site when NDACA plans to go live in 2018.

The information I need to do this properly has been gathered from many places: NDACA’s partner artists and organisations, from the works as we digitised them and from innumerable locations on the web. Often as not this search has lead back to important works created by the very individuals and organisations whose stories NDACA hopes to tell. These DAM chronicles have authors who wrote or typed them and whose actions helped bring the Disability Arts movement into existence. NDACA follows the path that their footsteps first walked.  I’ve two key texts on my laptop’s desk top:

The great Allan Sutherland’s Chronology of Disability Arts, initially only covering 1977-2003, delivers the almost daily minutiae of a movement growing in identity, strength and variety. It was mainly informed by listings from the sadly defunct DAIL magazine, a publication that will exist as a completed run in NDACA’s physical location and one of whose most prominent editors – Elspeth Morrison – is an NDACA depositor.  An updated version of the chronology, quite rightly, sits on the SHAPE web site.

The other resource is Disability Arts Online.  The new and archived DAO sites provide invaluable context, criticism and review that will further enrich the NDACA catalogue. It’s only through employing resources of this calibre that simple information is transformed into knowledge and that NDACA will achieve one of its aims. I’ll leave the final word to Allan from the introduction of his Chronology:

“History is crucial to any culture, and it is essential to Disability Arts. It is through a sense of history that we define who we are, what journey we have undertaken and how far we have come. We also, implicitly, map out the future.”