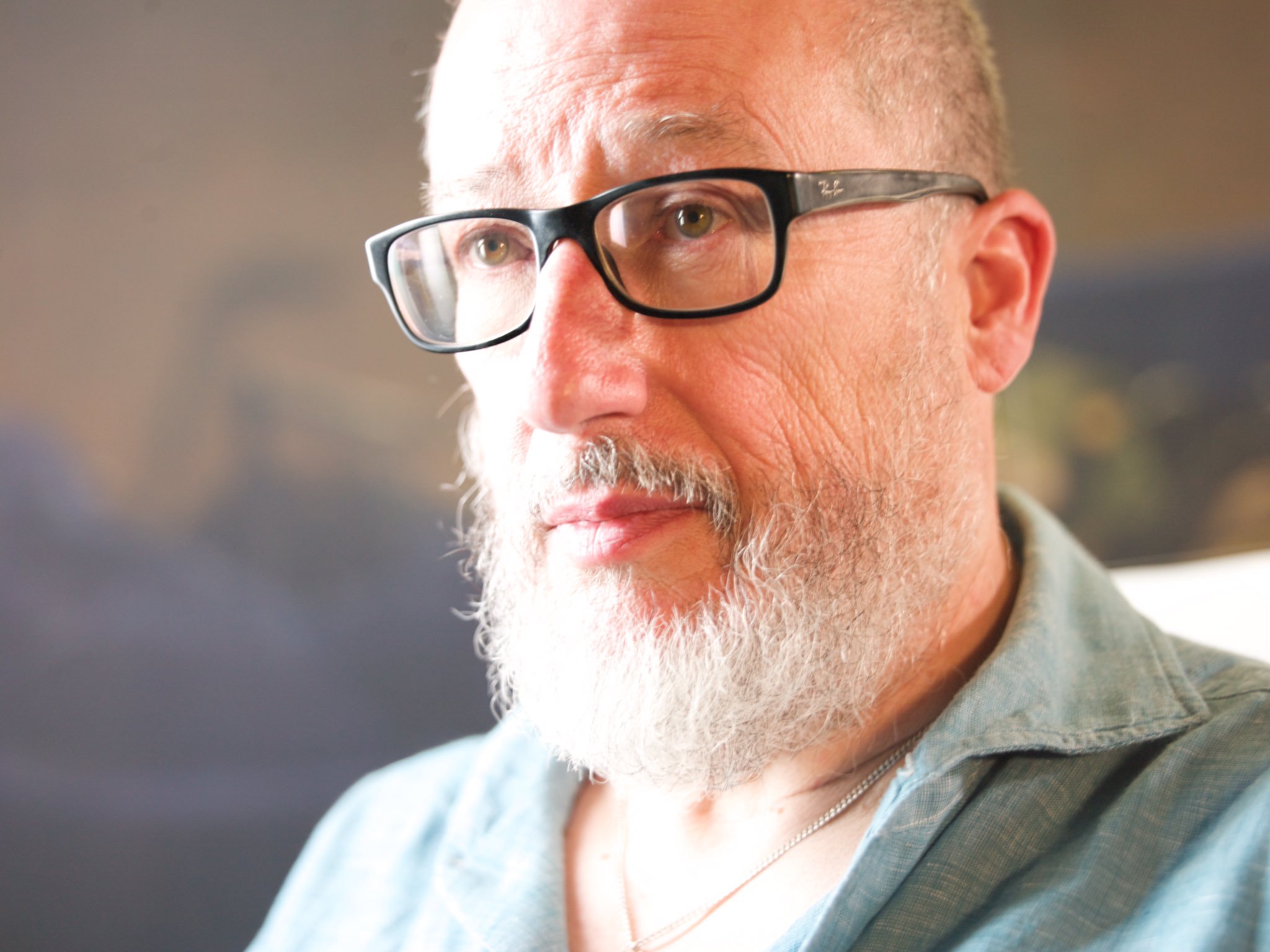 Tony Heaton is an acclaimed, award-winning disabled artist and activist who was awarded an OBE in 2013 for services to the Disability Arts Movement

Heaton has been practising as an artist since 1972, and works in a variety of mediums including direct carving, assemblage and film. Thematically, his work often reflects upon a disabling world, to offer a powerful critique of the barriers disabled people encounter. For example, his 1992 performance piece ‘Shaken not Stirred’ was used as part of the Block Telethon campaign led by disabled activists, images of which have been deposited in the NDACA.

Heaton has exhibited internationally, creating both public and private works which have included his notable commission for the 2012 Paralympics: ‘Monument to the Unintended Performer’, which was installed on the BIG 4 at the entrance to Channel 4 TV Centre.

In addition to his work as an artist, Tony has worked tirelessly throughout his career to promote social justice through a number of disability and diversity-related roles which have included: Field Officer for RADAR (now Disability Rights UK), Development Officer for NACAB Citizens Advice and Director of Holton Lee.

He has also contributed his expertise to a number of advisory panels across the arts and heritage sector such as: the Tate Modern Access Advisory Group, Inclusion London, the Whitechapel Art Gallery Access Advisory Group, the National Archives User Committee, Rethinking Disability in Collections Think Tank at Leicester University and the Arts Council of England Diversity Task Group.

Between 2008-2017 Tony was employed as CEO of Shape Arts, bringing to the organisation a new emphasis on developing opportunities for professional disabled artists. Tony championed the idea of the National Disability Arts Collection and Archive, and was fundamental to securing £1-million from Heritage Lottery Fund to develop the collection. He is now pursuing his own projects but continues to have a close relationship with Shape Arts through his role as Chair.