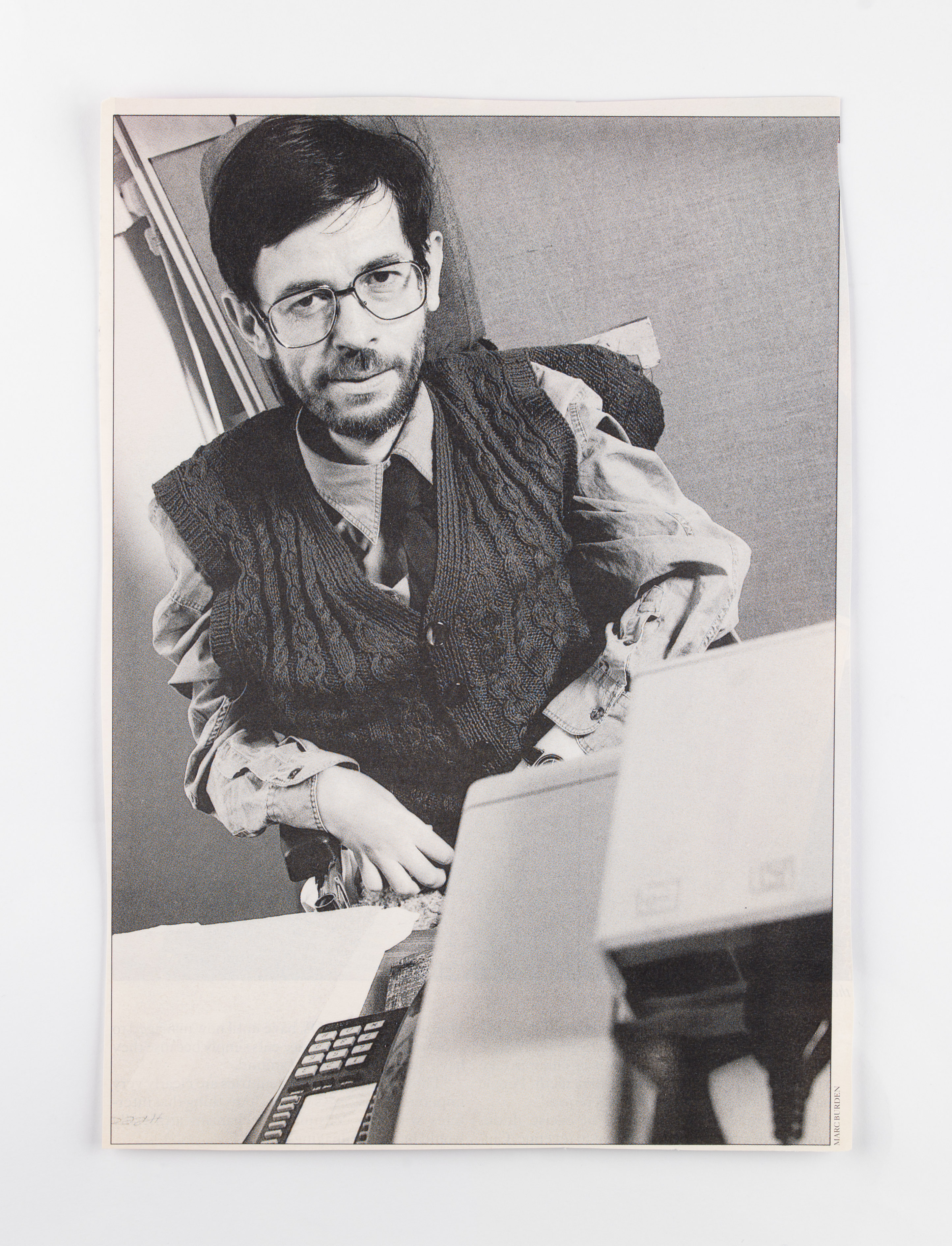 Born in 1944, Steve Cribb was a disabled artist and campaigner

Cribb was known for his use of digital art, which deployed humour and visual image in a sophisticated way to engage people in disability politics through an accessible format. Cribb was also a well-known figure in the disability rights movement, who served as a London Councillor and as a development worker, using this platform to raise awareness and campaign for improved access and transport for disabled people.

Cribb became disabled after contracting Polio in 1945. He grew up in Brighton, and then Hounslow, where he attended Martindale Road School, and was the first pupil to pass GCE exams at the school. Steve had no formal arts training; however, had been working since the 1970s to create numerous paintings, drawings and cartoons. Steve’s impairment gradually meant he was unable to work with a paintbrush, and so, in 1989, he started using his Mac to convert head movements into cursor moves to create images, a moment he described  as  a ‘significant date in [his] life- the year [he] started to paint again.’

He subscribed to the Social Model of Disability, and saw disability as the failure of society to remove barriers, a theme which was often present within his digital art, and gave strength to his political activism. He participated in direct action, risking arrest during a bus protest in 1990 which blocked the traffic in central London. In 1991, he was given a national platform on BBC2’s ‘Video diary- keep them off the streets’, which presented a unique opportunity to broadcast his message to a much larger audience.

Steve remained a passionate supporter of the Disability Arts Movement until his death in 1994. He believed it gave disabled people the confidence to express the many emotions they were denied, and described it as ‘one of the highlights of our struggle’.