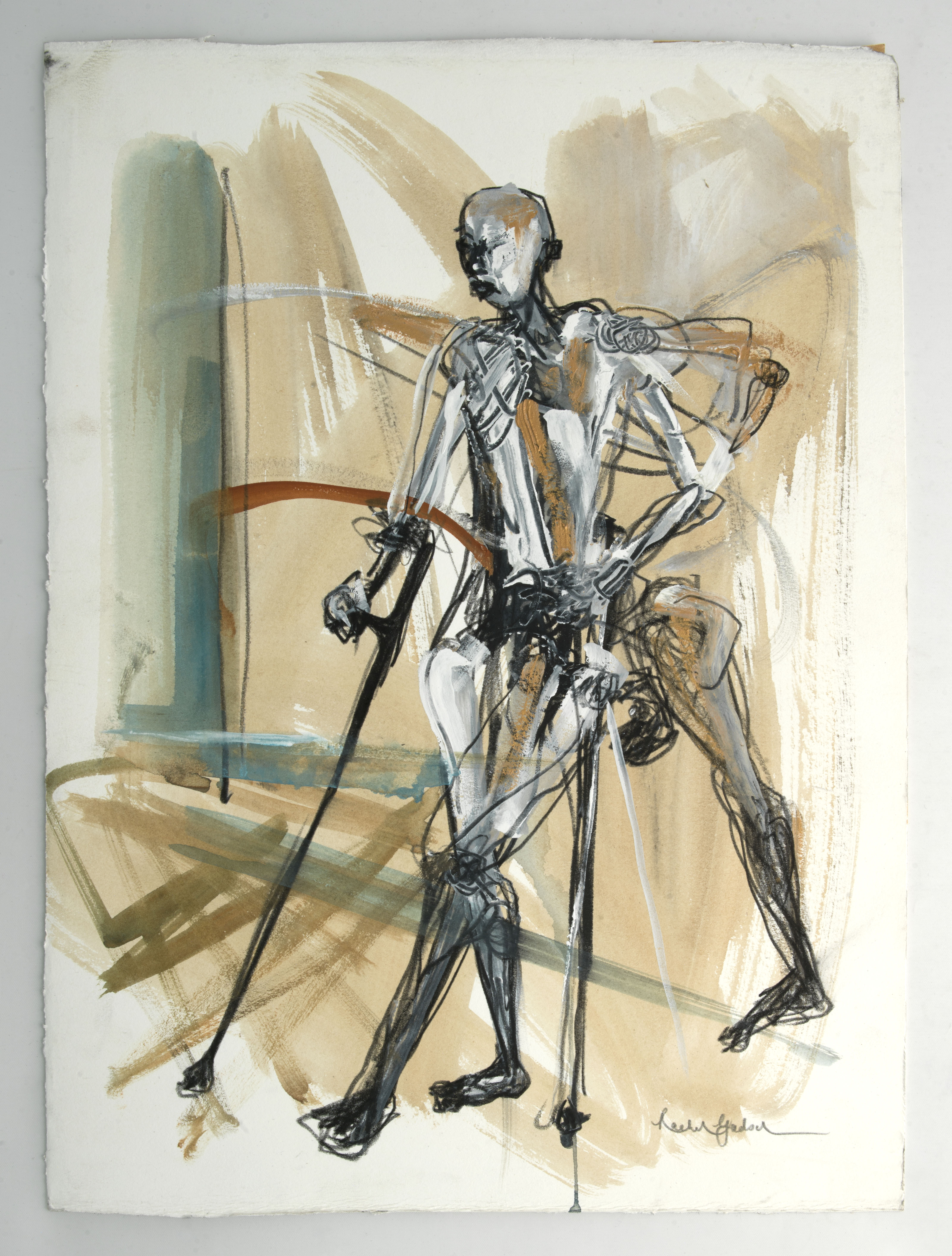 In October 2017, she was awarded an Honorary Doctorate from London South Bank University (LSBU), and is leading a workshop in collaboration with the theatre department to produce a new artwork, commissioned for LSBU’s 125th anniversary.

Rachel has led a range of national and international participative programmes exploring physical, historical and personal experiences of what it means to be human, and has also incorporated cross-cultural visual dialogues into her work.

Rachel is visually impaired and engages with this in her work to reflect a specific way of seeing people, portraiture, and the world. She also has a lung condition which requires that she is injected by a syringe driver at one-minute intervals with the medication she needs to keep her alive, which she says is central to her exploration of fragility and resilience.

In 2005, Rachel received an Artsadmin Digital Media Bursary to develop a project narrating a history of North Wales Hospital in Denbigh. The resulting exhibition, Beyond the Asylum, was shown in Denbigh Museum and Library (2005) and Faith Gallery at Holton Lee (2006).

She won her first award from the Arts Council Unlimited programme in 2012, and was commissioned to work with the Bambanani Group in South Africa.  Unlimited Global Alchemy explored the psychology and politics of HIV/AIDS through a series of collaborative artworks, film and workshops, and work from the project is now permanently exhibited in Mandela’s Walk to Freedom in Cape Town.

She is currently working on a commission for Unlimited International titled It was Paradise (2017-2018), which works with Palestinian women who have been bereaved. The barriers and complexities of attempting to arrange UK Visitor visas for Palestinian artists illustrates some of the core themes of Rachel’s work, as she examines the nature of oppression and the ways in which communities respond and fight back.