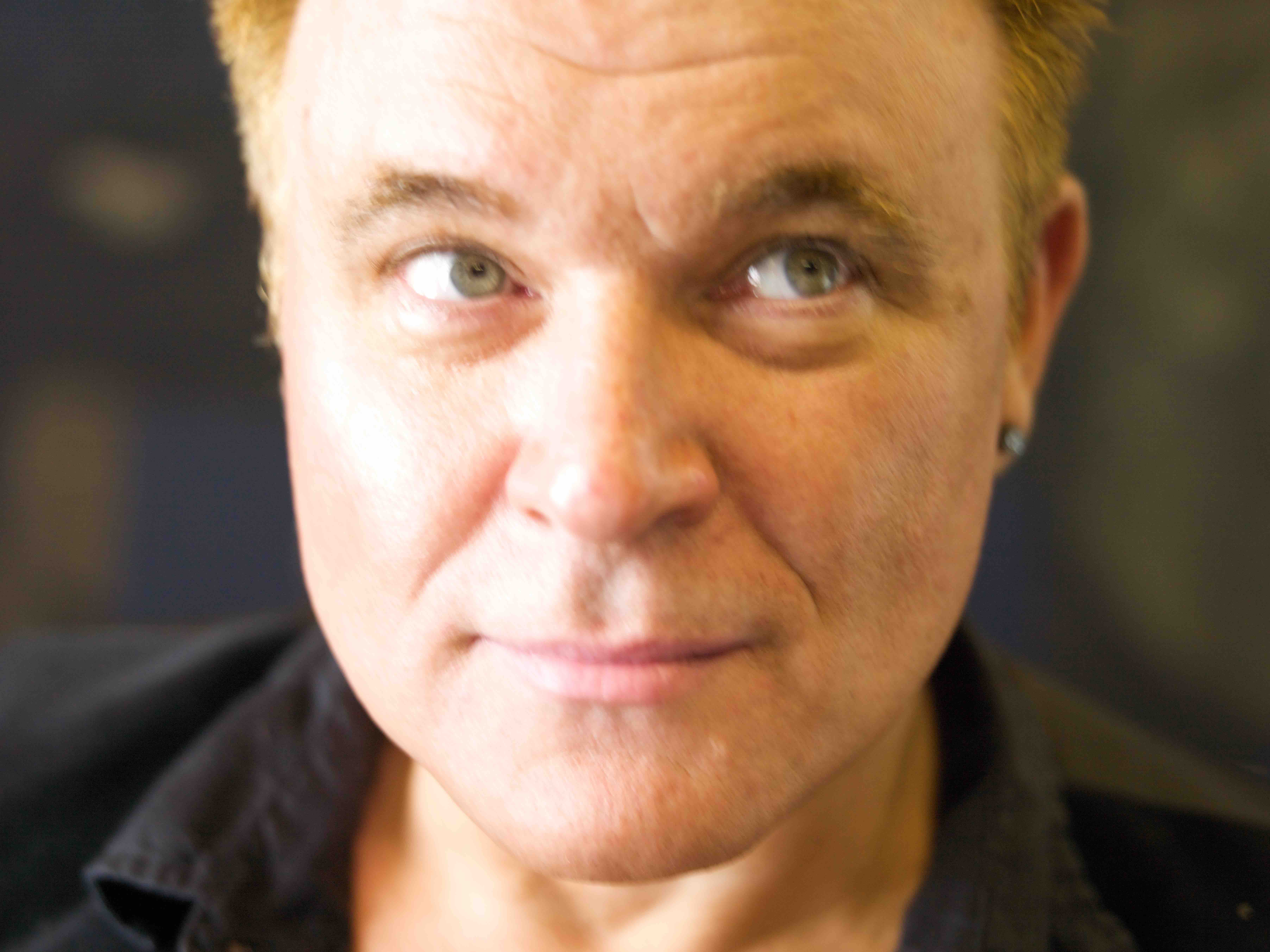 Mik Scarlet is a disabled presenter, musician, journalist and producer who has achieved considerable success in mainstream media

He is best known for presenting on From the Edge, which was produced by the BBC’s Disability Programmes Unit, as well as the BAFTA nominated and Emmy award-winning children’s TV show “Beat That”. Mik has also been recognised  with an award from UNICEF for his work with disabled children.

Music to Television and Radio

Mik began his career as a musician; he performed with a number of bands, and was a singer/songwriter for Freak UK, Eroticis and Scarlet Messiah. He has also written music for TV and film, and spent much of the 90s working as a club DJ. Mik broke into television after being spotted during a gig in his home town of Luton. He has presented documentaries for Channel 4 and BBC2, and contributed to a range of other television programmes.

In 2012, he performed in the Paralympic Games Opening Ceremony, and presented the in-game coverage for wheelchair rugby. Mik has also worked  in radio, including a three-year run as a presenter/producer with his own music show for Total Rock Radio.

Mik works as a writer and journalist, and has had articles published in The Independent, Best for Music, Skin Two, and Pure. He currently works as the fashion and lifestyle columnist for Disability Now Online, has a regular column in PosAbility magazine, and contributes to the Huffington Post.

Mik also runs an access consultancy with a special focus on public transport, the retail and entertainment sectors and hospitality. He has worked with Network Rail, London Underground and Uber, training staff and management around best practice for the provision of service for disabled customers and employment of disabled staff.