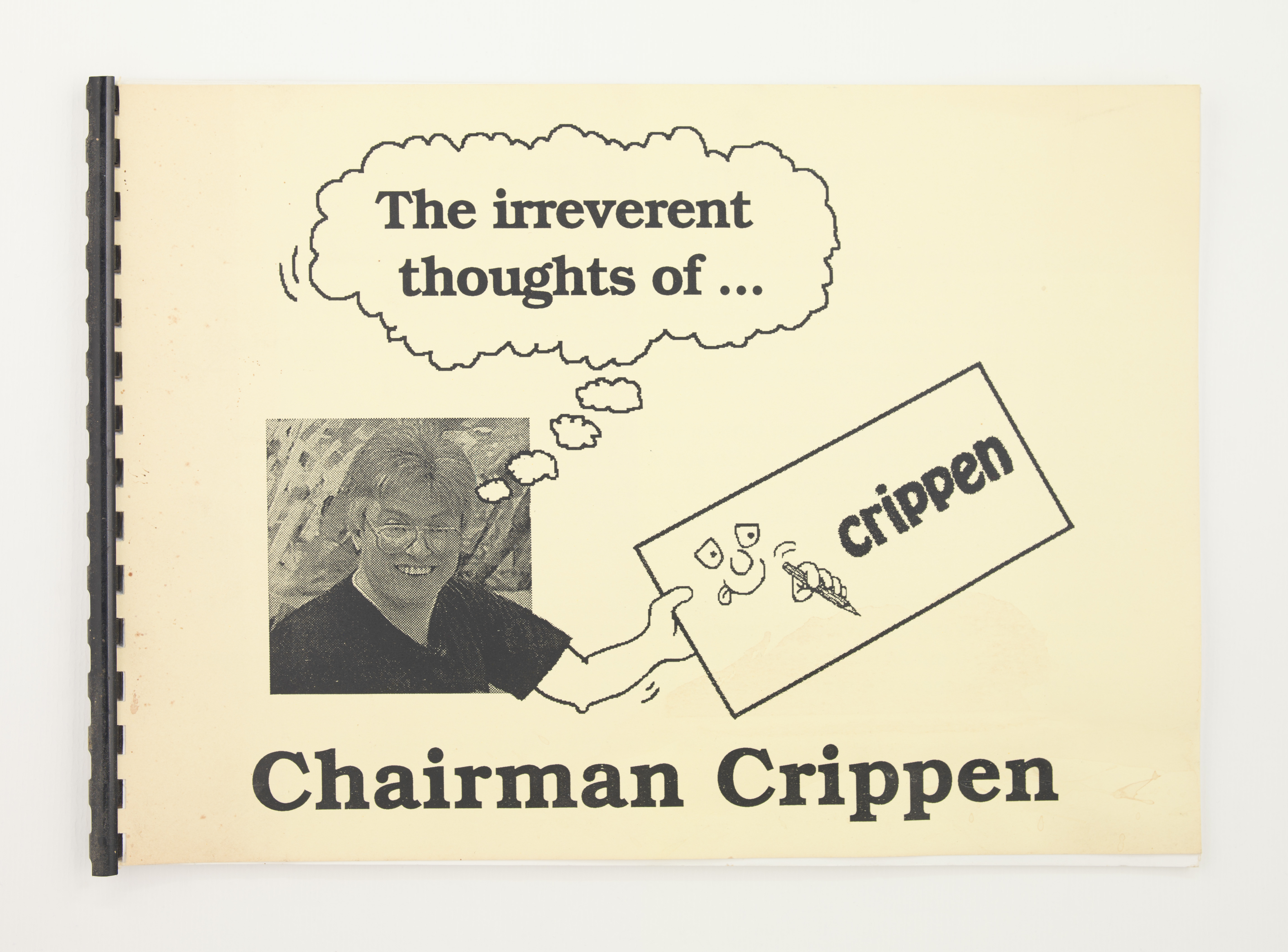 As Crippen, he produces cartoons which engage with the politics of disability, exploring this through the lens of the Social Model of Disability. For several years he served as the Chair of the National Union of Journalists Disabled Members Council, and throughout his professional career has worked in an advisory and artistic capacity with a number of disabled-led organisations.

From Sox to Crippen

Passionate about comic books and cartoons since childhood, Dave started to produce cartoons for different magazines and newsletters, building a portfolio which included cartoons for London Zoo, Greenpeace, Victim Support, Help the Aged, as well as many other organisations. He was also successful in selling his work to numerous magazines and newspapers, initially using the alter ego ‘Sox.’ Following a car accident Dave became a wheelchair user, and it was at this point he transitioned to working as ‘Crippen’, increasingly conscious of the discrimination and barriers he and other disabled people encountered.

‘Crippen’ has been published in many magazines and newsletters of disablity-led organisations, and Dave has used his work within training workshops as a discussion point in disability and equality training. He blogs regularly for Disability Arts Online (DAO), and is well-known within the disability arts circuit, which has led to commissions with the BBC and Channel 4. Outside of disability arts, Dave is a passionate member of the anti-war organisation, Veterans For Peace, and regularly produces cartoons for their website, as well as working as the in-house cartoonist for the Spanish newspaper, ‘The Olive Press’.