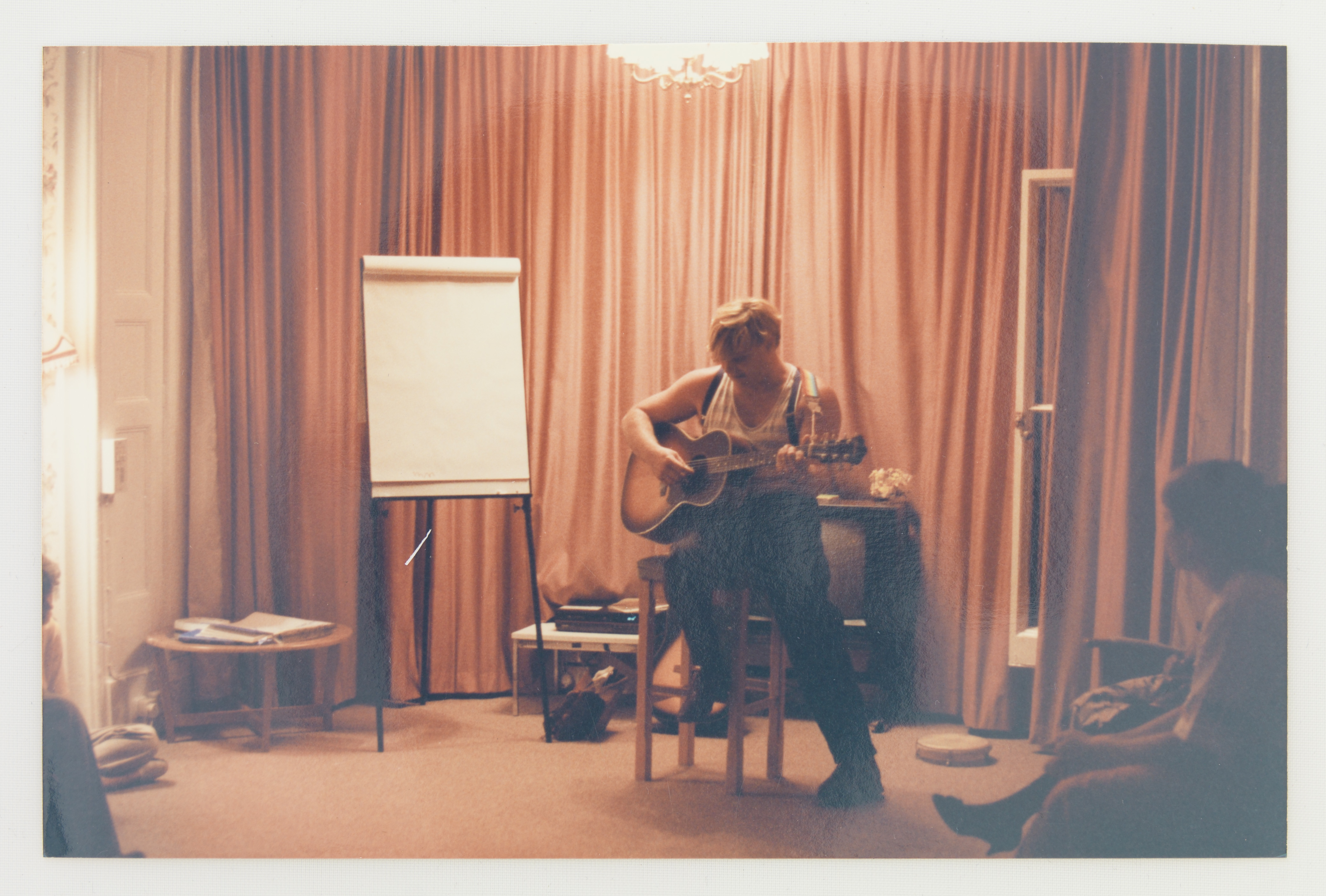 Alan Holdsworth is a singer, songwriter and activist

Born in Salford in 1952, Alan Holdsworth goes by the stage name ‘Johnny Crescendo’. His music addresses civil rights, disability pride and social injustices, making him a crucial voice of the movement, and one of the best-loved performers on the disability arts circuit. In 1990 and 1992, Alan co-organised Block Telethon, a high-profile media and community campaign which culminated in the demise of the televised fundraiser Telethon. It was during the campaign that he coined the widely-used phrase ‘Piss on Pity’ which features on a number of NDACA’s deposits.

The Tragic but Brave Show

Johnny formed The Tragic but Brave Show (TBBS) with Barbara Lisicki and Ian Stanton, which went on to tour at a number of mainstream and disability arts gigs across Europe and the USA, including a performance at Glastonbury festival in 1993. His albums have included ‘Easy Money’, ‘Pride’, and ‘Not Dead Yet’, all of which celebrate disabled identity and critique disabling barriers and attitudes. He is perhaps best known for his song ‘Choices and Rights’ which became the anthem for the disabled people’s movement in Britain in the late 1980s, and includes the powerful lyrics:

‘I don’t want you to speak for me
I got my own autonomy
I want choices and rights in our lives.’

Johnny was a founding member of the Direct Action Network (DAN), which in the early 1990s used public demonstrations and non-violent civil disobedience to raise the profile of disabled people and fight for rights and access. DAN were instrumental to the passage of the Disability Discrimination Act in 1995. Since 2004, Johhny has lived in Philadelphia where he continues to work as a performer and campaigner. In 2013, he organised the first US Disability Pride event, which is now a regular fixture of the Pennsylvania arts calendar.